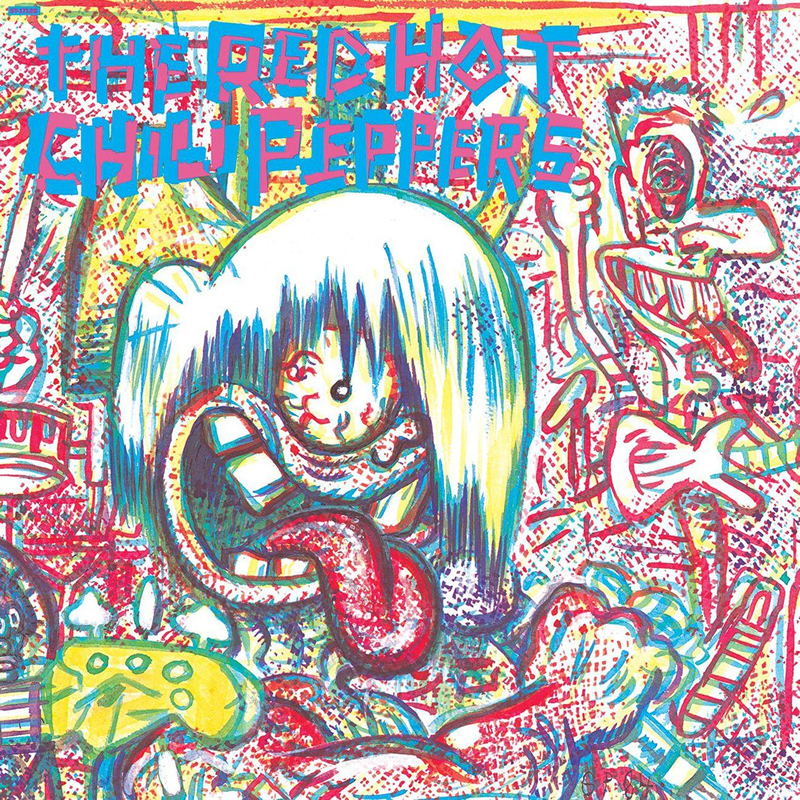 The Red Hot Chili Peppers
August 10, 1984
Studio Album
Recorded On
March - April 1984
Eldorado Studios · Los Angeles, CA
Lyrics
About this planet there is something I know
There's a very big difference between above and below
A friend, foe, or bro, leave your body on the floor
Let your spirit fly away like the soul of a crow
Here above land, man has laid his plan
And yes, it does include the Ku Klux Klan
We got a government so twisted and bent
Bombs, tanks and guns is how our money is spent
We got V.D., heroin, greed, and prostitution
Tension, aggravation, L. Ron Hubbard solution
Not to mention hardcore chemical pollution
If you think a different way, you're in a mental institution
And that's a heart felt shame
'Cause everyone's crazy, everyone's the same
So, why should only Larry, Curly and Moe be to blame?

Time now to take you to a different place
Where peace-loving whales flow through liquid outer space
A grooving and a gliding as graceful as lace
A never-losing touch with ocean's embrace
Diviner than the dolphin, that there is none
'Cause dolphins just like to have a lot of fun
No one tells 'em how their life is run
And no one points at 'em with a gun
They have a lot of love for every livin' creature
The smile of a dolphin is a built-in feature
They be movin' in schools but everyone's the teacher
Someday mister dolphin, I know I'm going to meet ya

Back to the land of the police man
Where he does whatever he says he can
Including hating you because you're a Jew
Or beating black ass, that's nothing new
A trigger-happy cops, they just like to brawl
They use guns, clubs, gas, but that's not all
They got puke-ridden prisons and sex-sick jails
Fuck the poor, if you're rich you pay the bail
So support your police, support your local wars
That's the way to open economic doors
Why do we do it? 'cause the president's a whore
We assume the position to sell the ammunition
What the fuck? it's the American tradition
Along with goin' fishin', apple pies in the kitchen
Isn't it bitchin' seeing dead men in ditches?